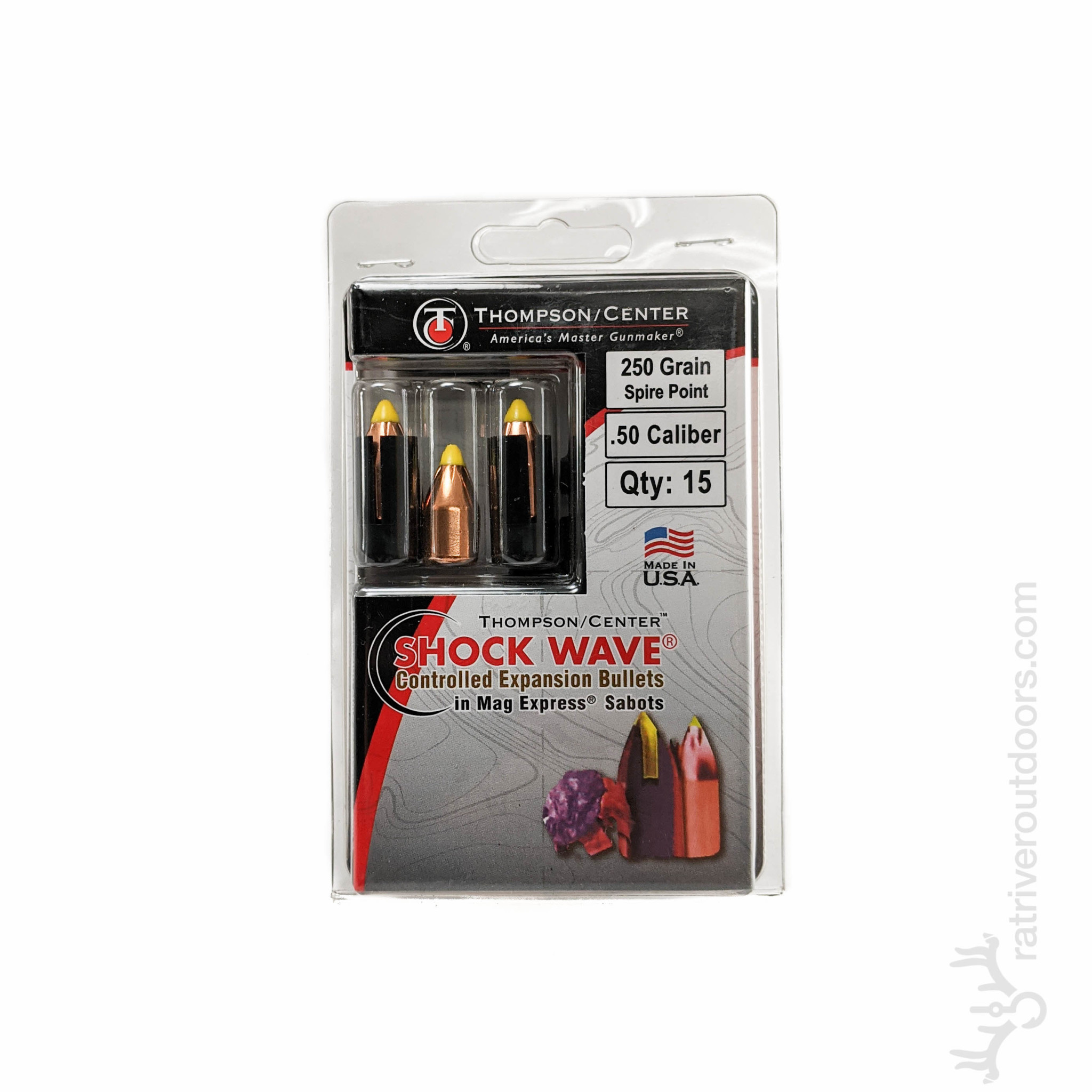 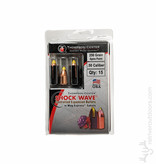 The Shock Wave is a new spire point bullet with polymer tip specifically designed as a muzzleloading sabot bullet, not a conventional pistol bullet converted to a muzzleloading projectile. T/C Shock Wave incorporates modern technology previously only applied to centerfire rifle bullets. The Shock Wave is as advanced as today's muzzleloaders and their propellants. The polymer tip of the Shock Wave bullet does double duty; it increases the Ballistic Coefficient for sustained high velocity down range, and it punches into the pocket to open up the nose cone for fast expansion. The result; 3 in. less drop at 200 yards, and devastating energy at velocities between 1,000 ft/sec and 2,200 ft/sec. The Shock Wave has a harder lead core with walls interlocked with the jacket for maximum weight retention and expansion. Pick the bullet that will come up to the standards of your muzzleloader. Reach for a box of T/C ShockWave Sabots. The ShockWave has a harder lead core with thicker walls interlocked for maximum expansion and bullet retention. This means deep penetration at extended ranges and maximum down range energy. Mag Express Sabots are designed to be used with jacketed or lead pistol bullets. They load easily and are designed to separate from the projectile quickly. This rapid separation means superior accuracy, as the projectile is influenced less by the drag of the sabot, while on its way to the target.